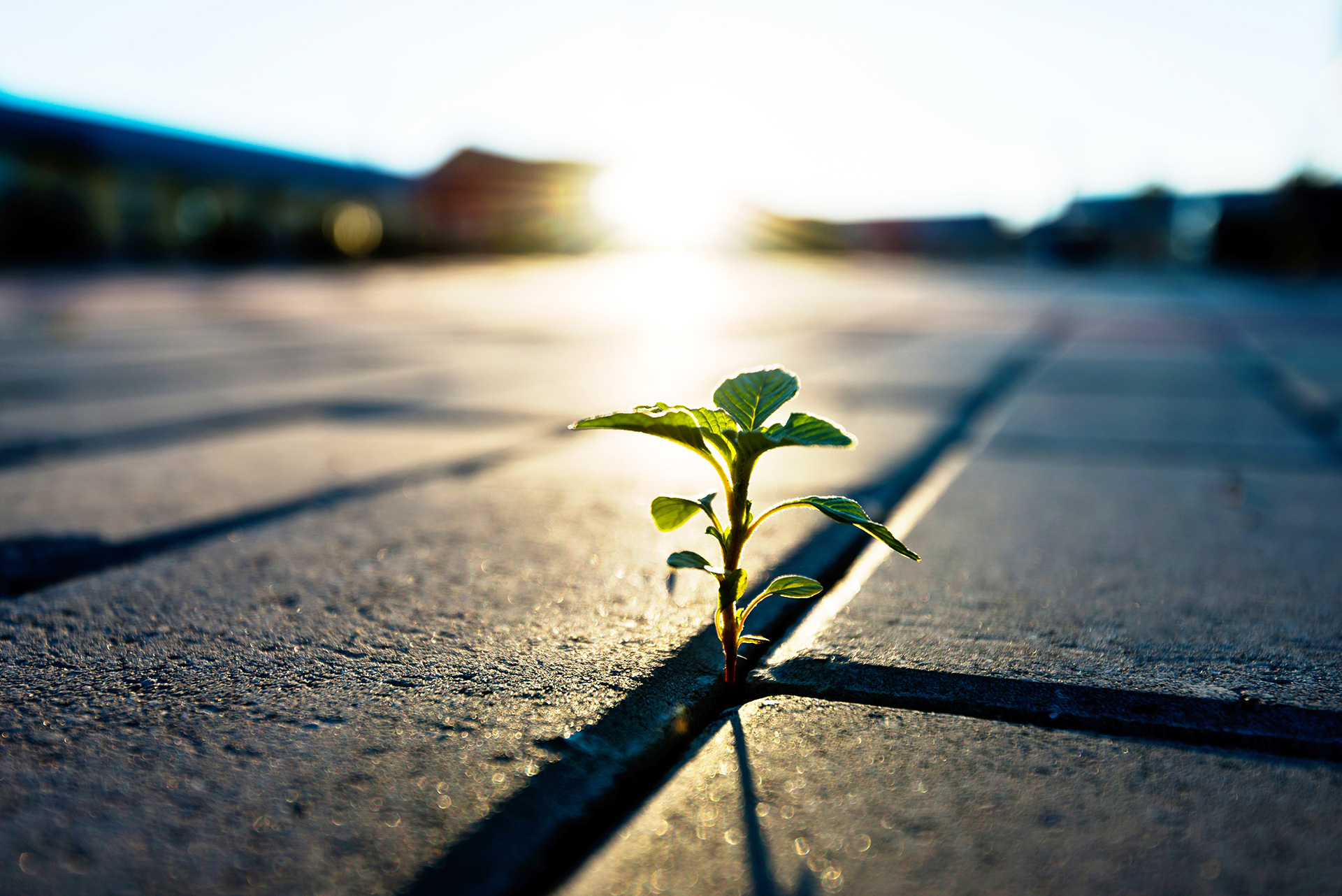 How baby boomers can keep the Sixties flame alive

Is the torch still burning? Nearly sixty years ago, Senator John F. Kennedy made an overnight stop at the University of Michigan during the presidential campaign that would take him to the White House. He arrived in Ann Arbor at two in the morning and to his astonishment found up to ten thousand students waiting for him in the rain and the cold.

The impromptu three-minute speech made by Senator Kennedy that night provided the inspiration for what became the Peace Corps. It also helped light the torch of the Sixties and the national students’ movement in the USA.

“We were young, we were innocent, we cared and we wanted to contribute,” said U-M student Sharon Jeffrey Lehrer, “and we did believe we could make a difference.”

Paul Long, the founder of ProBoomer, made an Emmy award-winning documentary called A Passing of the Torch, which tells the story of the founding of the Peace Corps and of the idealism of the students and political leaders who made it happen.

What fascinates me now listening to those students is: At the age of seventy, I still feel that way! I care and want to contribute and believe I can make a difference. I may not have exactly the same energy and same kind of passion as those university students, but I still want to help build a better world – or at least do what I can to stop us destroying the planet we have. And increasingly, I come across other old people who are moving into an unexpectedly radical stage of life: more activist than active elders.

Certainly, 1960 was a different time, but perhaps not so different. We feared then that nuclear war might destroy the world. And the civil rights movement was bringing black protest to the streets of the South. Black lives have always mattered. Politically, everywhere in the world seemed in turmoil.

As Bill Moyers put it in A Passing of the Torch: “There was a disenchantment with the world, with the way the cold war was going and the way American business was developing. And there was an inevitable desire to re-enchant.” What a wonderful phrase! I certainly share that “desire to re-enchant” and so do many of my activist oldie friends.

Tom Hayden was editor of the University of Michigan newspaper in 1960 and a key player in the student movement before he went on to become a prominent Congressman and social activist. “Students wanted more than the future that had been promised for them and prepared for them by their parents,” he said. “More could mean a richer life, a more poetic life, a more challenging life, a more daring life and a more idealistic life. More than was on offer! And Kennedy represented that offer for something more.”

A more challenging, daring, idealistic and poetic life? Yes please! Did I lose that somewhere? The trouble is: nobody asks or expects older people to live like that. And in this regard, my new generation of activist elders is exactly like the students standing in the rain in October 1960. Kennedy told the crowd that the University of Michigan was not maintained merely to allow its graduates to have an economic advantage in the life struggle … there is a greater purpose: do you want to participate?

“He’s asking,” said U-M student Kay Clifford, who was in the huge crowd that night. “Nobody has asked us before. So, yes – we are willing to do it. They [the students] hadn’t been asked before. They’d been pretty much told what to do.” There can’t be an older person alive in the USA today who doesn’t know how that feels.

It was a time, said Bill Moyers, when it became permissible to be idealistic. You could be idealistic and people wouldn’t laugh at you. And there was a pent-up desire to be relevant – a need to “signify”.

Judy Guskin was one of the U-M students in the crowd who went on to play an important role in planning and building the Peace Corps. “It was more that we should control our own destiny,” she said, “and make decisions on the basis of values and principles and that we should act on that.” I think Judy builds a bridge between the hearts of Sixties students and old people today: we all want a say in the values that dictate our future.

The Peace Corps represented a new frontier in the world, said Moyers. “It renewed in a modern voice and with a modern passion the oldest of all American imperatives: you matter, you can signify and it’s this country’s promise that if you do your best you will be rewarded.” That may not seem true today of Trump’s America – or of the many populist conservative regimes in control around the world – but it doesn’t mean the desire for those values is gone, the torch extinguished.

The concept of service can be as relevant to young and old today as it was to “Kennedy’s Children”. Are you having the impact on this country you really want to be having, asks Sharon Jeffrey Lehrer. “What kind of country do you really want to be part of.” It’s uncanny how much the values of U-M students still resonate with old people, many of whom were after all on the streets in the Sixties demonstrating for a huge range of causes.

Bill Moyers is an important voice here in bridging generations of idealism and activism. He served as an early deputy director of the Peace Corps and went on to build an international reputation as a journalist, writer and commentator. His PBS series on the work of Joseph Campbell, The Power of Myth, is still streamed and watched by viewers around the globe.

In Paul Long’s documentary he says: “The Peace Corps is the best way I know for young people to move beyond the virtual, passive, distant communication of the internet and technology and get once again face to face where reality is incarnated, embodied in the person sitting in front of you, working next door to you.” Big Tech may not be everything after all!

The adventure of life is never done. Or as the poet A.E. Houseman puts it: “The tree of man is never quiet.” The Quaker injunction to “live adventurously” applies as much to older people facing retirement as it did to U-M students in October 1960 and beyond.

Howard Wofford, who wrote Of Kennedys and Kings: Making Sense of the Sixties, asks if we can capture the same spirit in the 21st Century. The activist elders I have been talking to and writing about over the last year would say: “Yes – without a doubt. Indeed, we have to!”

It’s time, say some activist elders I have met, to re-light that flame of idealism and action. My friend Alexis Diaz in Aspen, Colorado, puts it like this: “I love the word ‘radicalised’. The stuff we held so dear has proven to be pointless and meaningless. There’s such a great window for change now. The best way to combat the bias in our Western culture is not to conform to it. Don’t disappear! Be really visible and make bold actions.”

Near neighbour Rita Payne, a very active retiree in the Rocky Mountains, is now focussed on building a bridge between old people freed from the demands of working life and a much younger generation fearful of climate catastrophe. “It’s absolutely imperative that we don’t take a back seat. We have to be more aggressive than we were before. We are now more relevant than ever.”

That was exactly the same thought in the mind of Maggie Kuhn when she and a group of friends  set up the Gray Panthers. They planned to join protests against the Vietnam War. “We felt at one with the young war protesters and were disturbed that more of our generation were not speaking out,” she said in her autobiography No Stone Unturned.

But have the Baby Boomers now had the rug pulled out from under them? Bill Moyers put the question to Harvard sociologist Sara Lawrence-Lightfoot when they discussed her book The Third Chapter: Passion, Risk and Adventure in the 25 Years After 50.

It’s worth quoting her reply in full. “In our younger years, we Baby Boomers were, you know, bodacious, we were audacious. We were entitled, we felt we were empowered. And we felt we stopped the Vietnam War, right? We felt we grew the women’s movement. We were engaged in civil rights activities. We made a difference. We were the actors on the horizon.

“And even with the rug pulled out, as you say, it seems to me we still have this feeling about ourselves. We still believe that we can make a difference. We still believe that we can come up with good ideas that might help to solve what’s happening now. But we must learn that we are not the owners of this intellectual capital or this cultural capital. That’s why I stress the importance of bringing people together, across generations, to solve these problems.”

The torch, it seems, is still burning if we tend the flame. © William Taylor

Paul Long’s documentary A Passing of the Torch is available here: https://vimeo.com/73799145

Did we abandon vulnerable old people to COVID?